Year 5 had a fabulous day on Friday learning all about the Anglo Saxons.

First of all, the children learnt all about the collapse of the Roman Empire and the first invasions in Britain. The children were split into the invading tribes: the Picts from the North, the Scots from Ireland, and the Angles, Saxons and Jutes from Europe. We discussed how an important leader named Vortigern (who was played by Jessica) invited the Saxons over to help defend against the Picts and the Scots! We also had our deadly duo Hengest and Horsa (Ruby and Tyler) who led their army into Britain!

Take a look at the children performing their Saxon song! 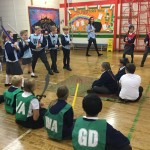 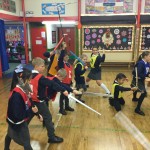 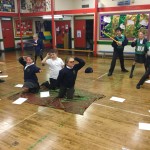 We then went on a ‘riddle hunt’ around school to find the missing artefacts. The children discovered that these artefacts were from the Sutton Hoo burial.

We started to make our own Sutton Hoo helmet… 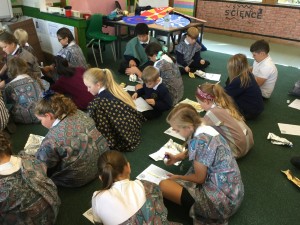 After that, the children used their shields to prepare themselves for an Anglo Saxon battle, which included quickly forming into a straight line then into the ‘turtle’ position to protect themselves from invaders! 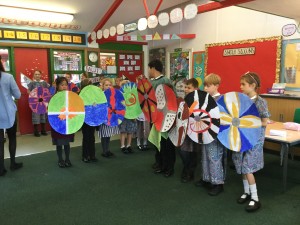 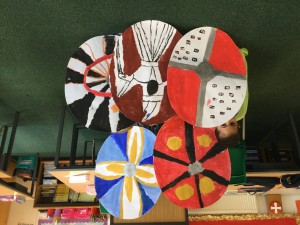 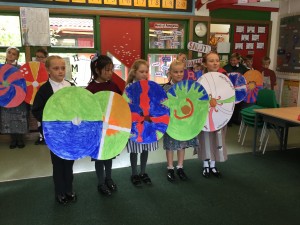 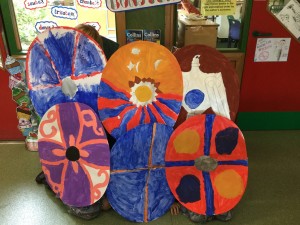 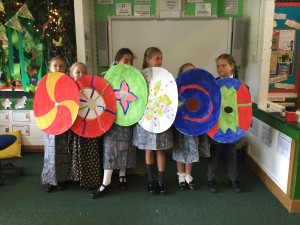 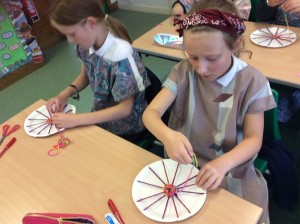 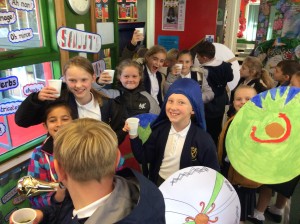 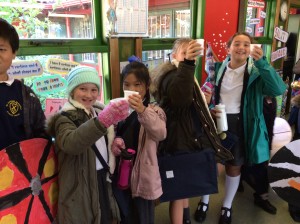 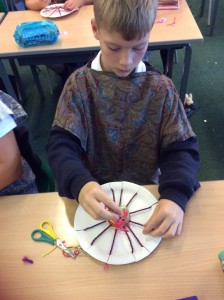 What a busy day we had!