February is LGBT (Lesbian Gay Bisexual Trans) history month. The aim of LGBT History month is to promote equality and diversity. In the past, the achievements of LGBT people have not always been celebrated, so this is an opportunity to learn more about their accomplishments and to work towards ensuring that everyone is treated equally.

Every week this month, I shall blog about a few people, past and present, and tell you a little bit about their achievements. This week, I’m focusing on two people who were excellent at code-making and code-breaking…… 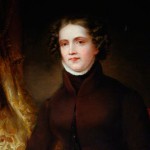 Anne Lister was a wealthy  landowner, mountaineer and traveller in the 1800’s. She was the first woman to climb Mont Perdu in the Pyrenees, France and the first person recorded as climbing the Vignemale – the highest peak in the Pyrenees Mountain range. She lived with her partner, Ann Walker, in Shibden Hall, a big mansion that she owned in Halifax. Anne Lister kept diaries throughout her life and used a special coding system, based on algebra  and Ancient Greek which were only deciphered in the 1980’s. She coded her diaries, in part, because to be a lesbian in her time was not something that was respected and Anne suffered harassment because of it. Read more about her here – https://en.wikipedia.org/wiki/Anne_Lister 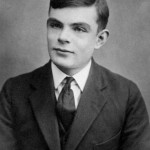 Alan Turing was a hero of the Second World War. He worked for the Government during the war and played a vital role in cracking some of the German coded messages, which helped to win the war. His inventions and calculations are said to have been the start of the development of the modern day computer. Alan Turing was arrested and convicted in 1952 for being in a relationship with a man, which was illegal at the time. He died in 1954 and campaigners later fought to have his conviction overturned. Finally, in 2014, 60 years after Alan Turing had died, the Queen did this by issuing a ‘pardon’. The Justice secretary announced this in the Houses of Parliament, stating that Turing deserved to be ‘remembered and recognised for his fantastic contribution to the war effort’. Read more about him here: https://en.wikipedia.org/wiki/Alan_Turing#Early_computers_and_the_Turing_test

You can learn more about LGBT history month here: http://lgbthistorymonth.org.uk/